Shopify vs EasyStore 2020 – Which Should Malaysians Use? 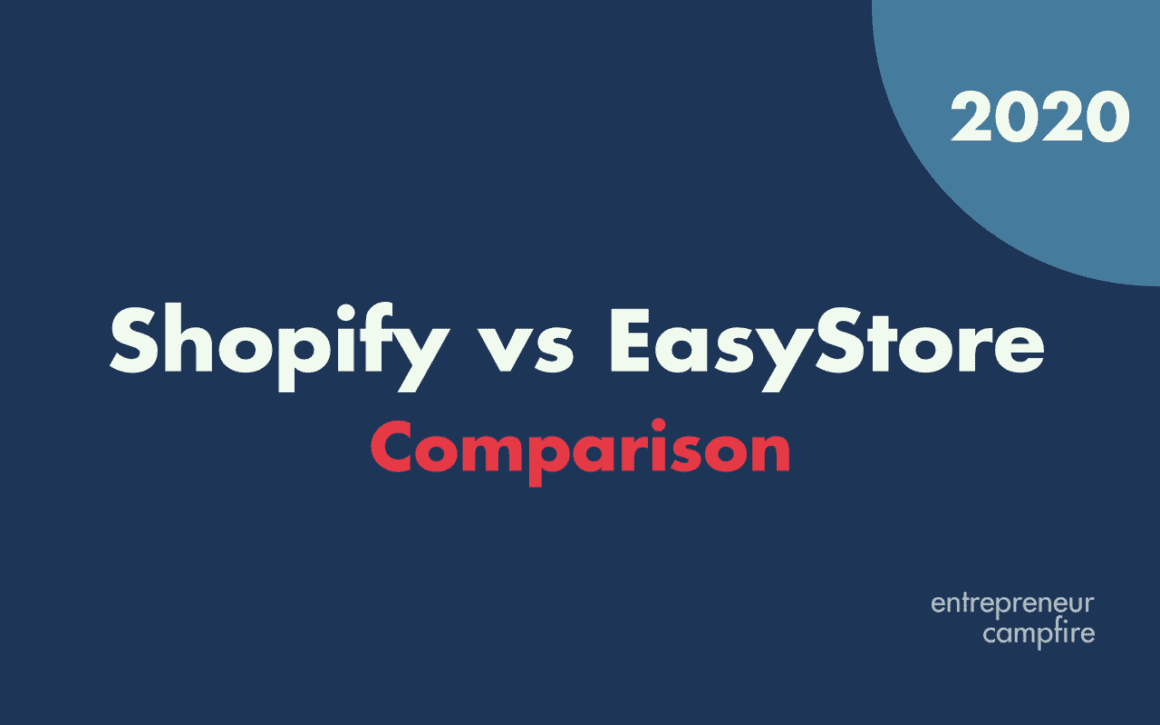 This article may include links from our partners. When you buy through our site, we may earn a commission. Learn more.

E-commerce platforms like Shopify and EasyStore make it easy for even the least tech savvy of us to launch our own e-commerce website. Their powerful e-commerce features and affordable monthly pricing make them two of the most popular e-commerce solutions in Malaysia.

But which should you use to set up your e-commerce website? How do these platforms compare to one another in 2020?

In this review, we'll compare Shopify and EasyStore's key features to help you make an informed decision on which to go with.

Let's first start with a quick intro to both of these platforms:

Each platform offers individuals and businesses features that will help you to build an e-commerce website from A to Z by yourself. With Shopify or EasyStore, you get:

If you don't need a high level of customisation on your store, you can usually set up your store on either platform without hiring a web programmer, or designer.

Cost is unavoidably one of the first things individuals and businesses consider before pulling the trigger on a platform. So let's start by taking a look at Shopify and EasyStore's pricing, then comparing the two.

Shopify offers five pricing tiers. The most common three are:

On top of these 3 plans, there's also Shopify Lite which goes for US$9/month for super light users and Shopify Plus which starts at US$2,000/month for high volume businesses with advanced customisation needs.

Shopify also charges a transaction fee between 0.5% (on the Advanced Shopify plan) to 2.0% (on the Basic Shopify plan) for every sale made through the platform.

If you don't want to get charged a transaction fee, however, you can opt to use Stripe payment gateway on your store.

EasyStore, on the other hand, offers three pricing tiers:

Unlike Shopify, EasyStore doesn't charge a transaction fee for sales made on the platform. This is a key pricing difference between EasyStore and Shopify.

Basic Shopify and EasyStore Lite are both starter plans offer by each platform. They are usually the best fit for hobbyists as well as businesses who are just starting out, or testing e-commerce in general.

Comparing the prices, Basic Shopify is more expensive than EasyStore Lite. At US$29/month (~RM130), it comes in at more than twice the cost of EasyStore Lite at RM59/month.

For those on a smaller budget, EasyStore Lite can be a cost-effective solution to kickstart your e-commerce journey.

Features-wise, you get 2 staff accounts on both Basic Shopify and EasyStore Lite.

Where they differ quite significantly are in three areas:

On the EasyStore Lite plan, you'll be locked out of its abandoned cart recovery feature as well as POS and mobile app access. Your product uploads are capped at 1000 and integrations at 5.

While Basic Shopify does give more features compared to EasyStore Lite, you have to keep in mind that it comes at twice the cost.

If you don't need POS access and don't have more than 1,000 products and want to integrate with less than 5 apps though, EasyStore Lite's plan is a pretty affordable option.

Shopify and EasyStore Standard are both standard plans offered by each platform. They are usually best for growing e-commerce stores which need a bit more in terms of limits and features.

Features wise, they both come with 5 staff accounts and allow unlimited product uploads. They differ, however, in the following areas:

While you can have an unlimited number of integrations with the Shopify plan, you are limited to just 25 on the EasyStore Standard plan.

However, the EasyStore Standard plan does include a few extra marketing features which you'll likely need to pay an additional fee for or entirely unavailable in Shopify. These include:

Apps in both Shopify and EasyStore allow you to expand your store's features beyond the core features offered.

Shopify's app marketplace is mature - with over 3,700+ Shopify as well as third-party apps, you can customise your store features in just about any way you want.

On the other hand, EasyStore's app marketplace is pretty limited - with only 100+ apps, you'll soon hit a ceiling to how you can extend your store features.

Marketplace integrations allow you to sync your store on popular marketplaces like Shopee, Lazada, eBay and more.

Shopify offers a wide variety of marketplace integrations including: 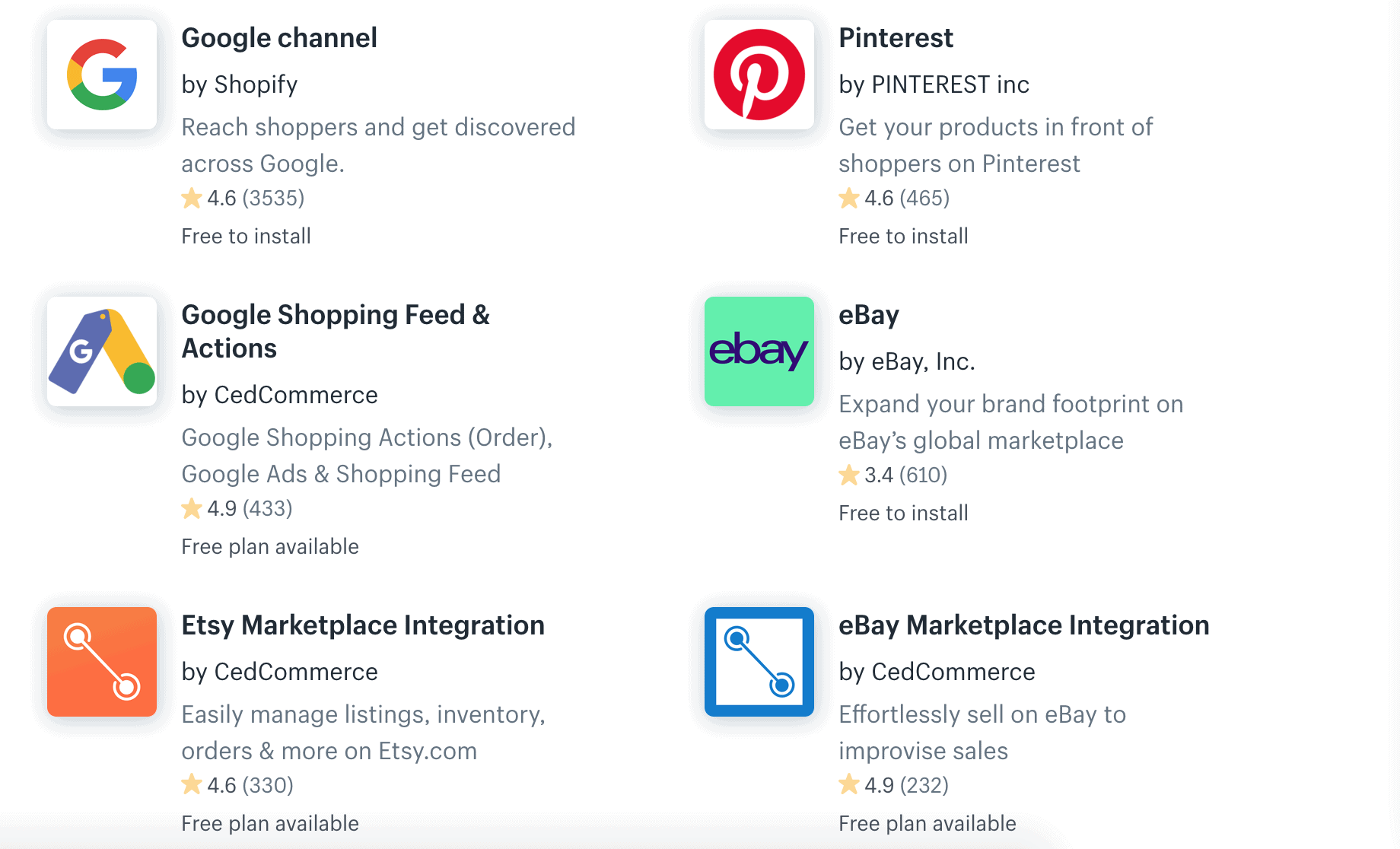 On the other hand, EasyStore's marketplace integration apps are limited to those in Malaysia and Southeast Asia, including: 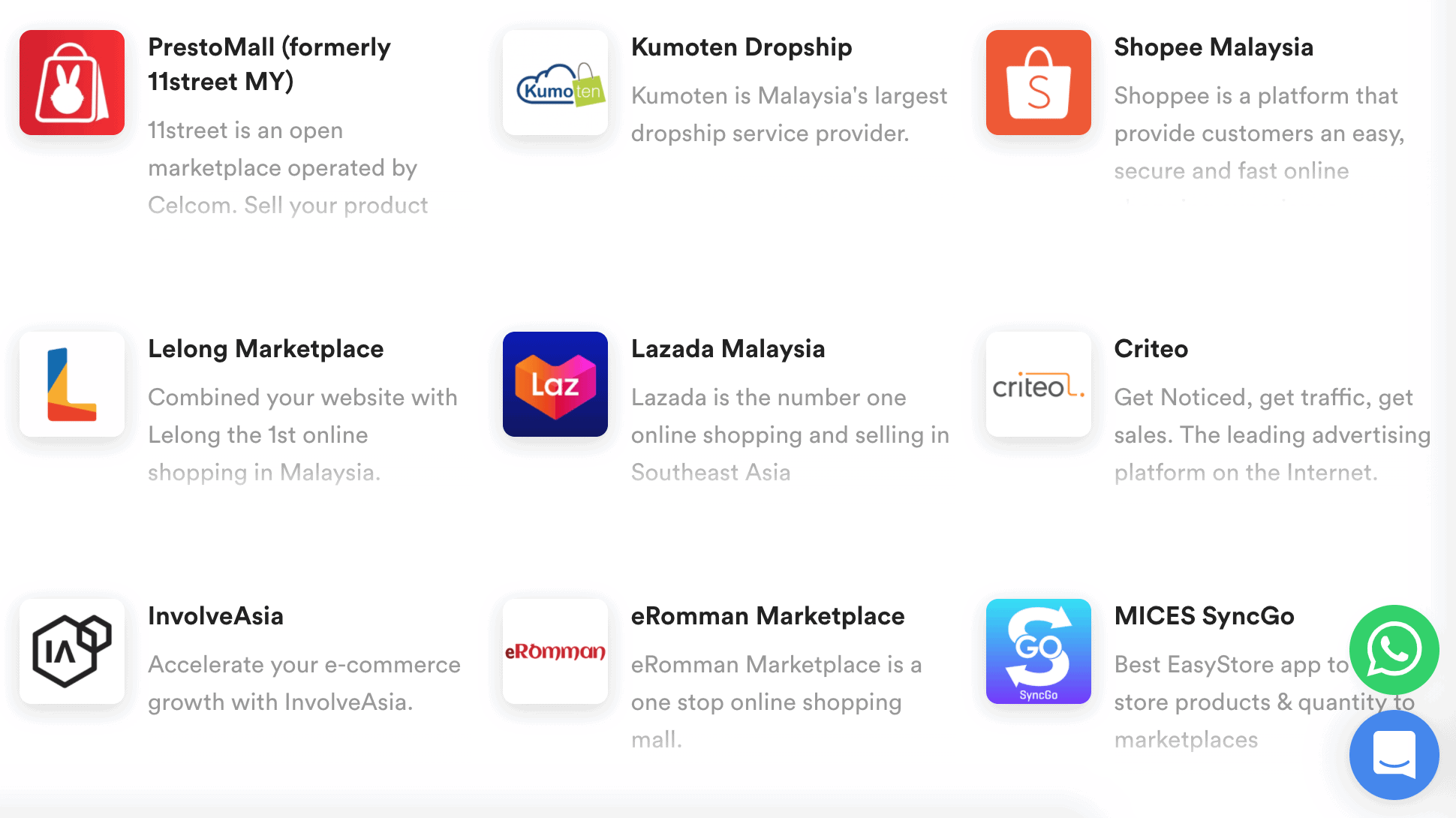 If you want to sync your store with international marketplaces, you won't be able to do so with EasyStore.

Shopify's marketplace offers a large selection of international as well as local courier companies like:

With EasyStore, on the other hand, you can integrate with popular local courier companies and shipping aggregators like: 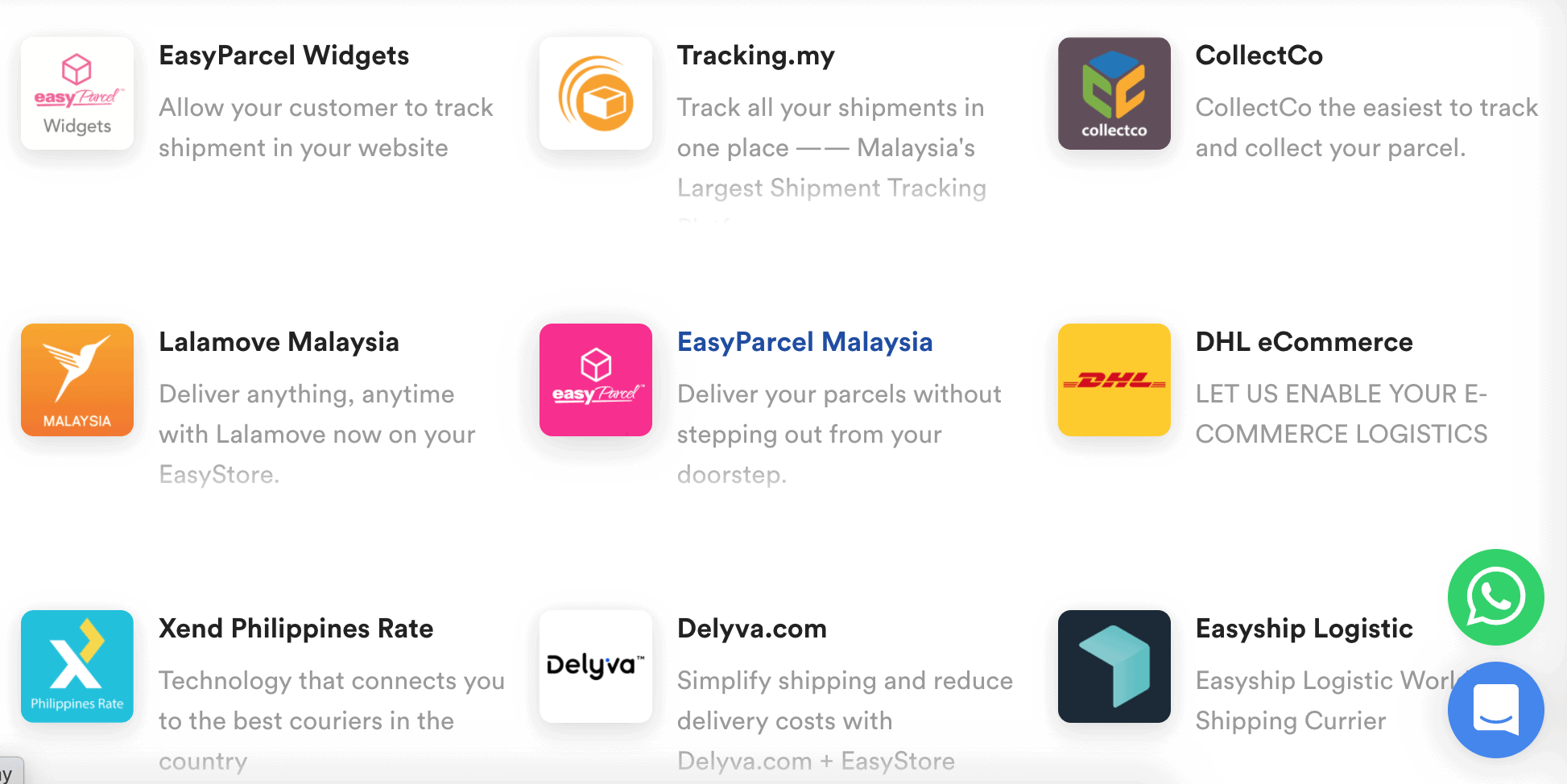 If your store sells to both international and local customers, you'll be able to streamline your logistics quite easily with shipping apps available in Shopify.

However, you'll find the options for international shipping apps quite limited in EasyStore, making it more suited to serve the local or regional market instead.

Themes can help you launch your e-commerce store quickly by using a pre-defined design.

Shopify's theme marketplaces offers you hundreds of high-quality paid and free themes to choose from. 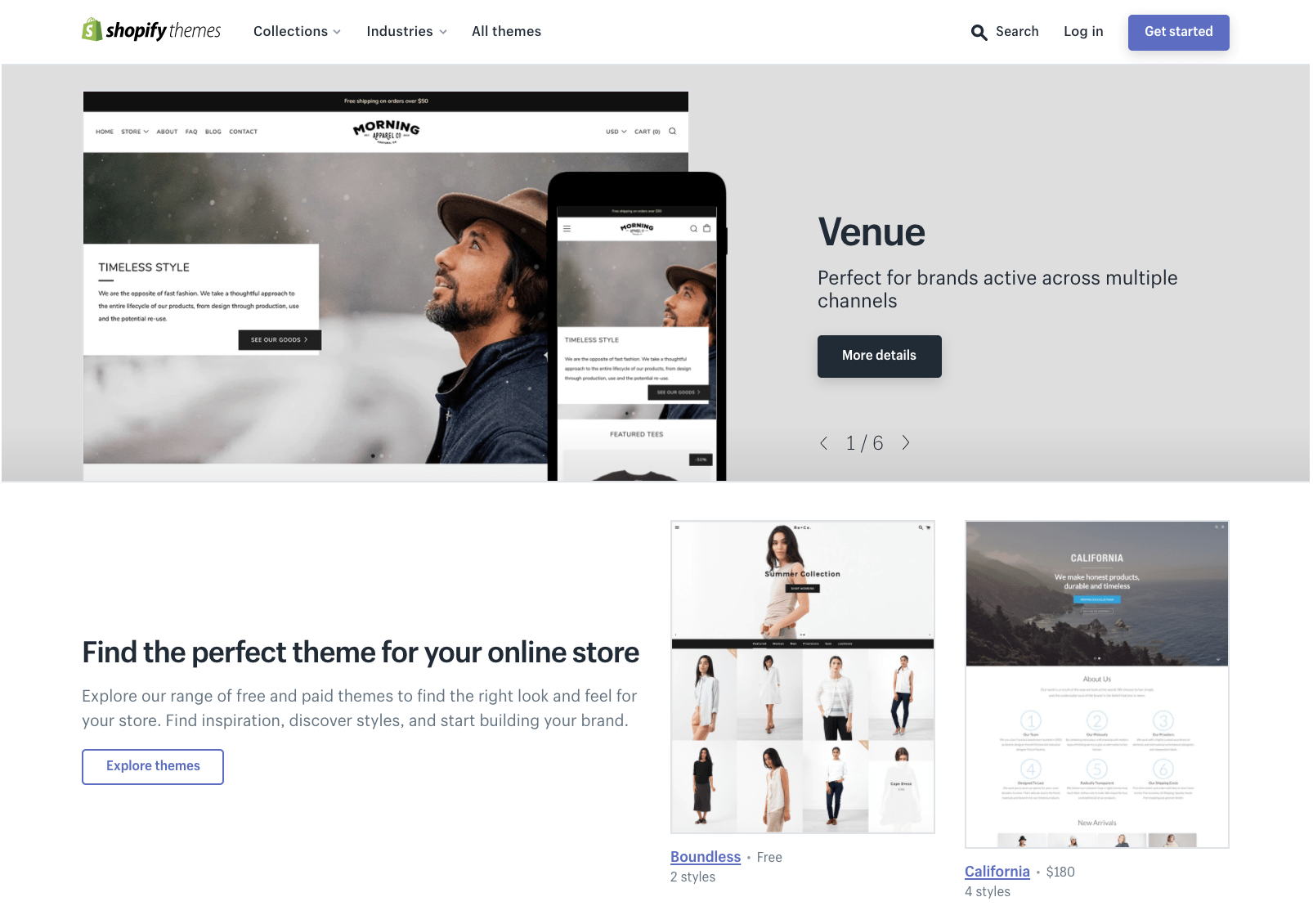 You can find a theme for just about any industry you are in - whether you are selling clothes, food, furniture, art, you can probably find a suitable theme for your store. 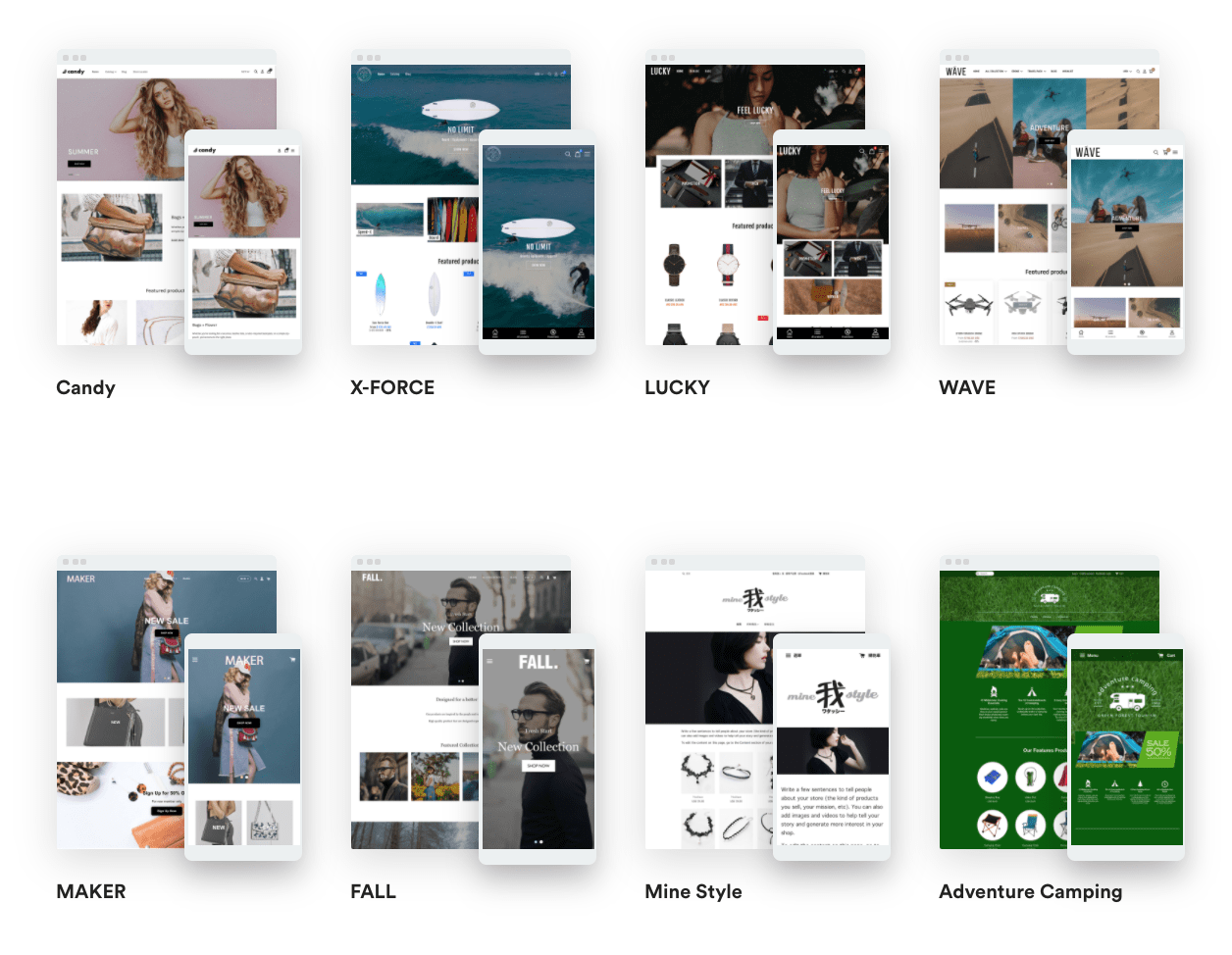 If you want a store design that's unique, you'll probably have more luck on Shopify than EasyStore.

Your store's payment gateway is possibly one of its most important features - it's how you'll receive payments for your customers' orders.

Both Shopify and EasyStore natively integrate with two of the most popular and reliable local payment gateways in Malaysia, iPay88 and MOLpay as well as GrabPay e-wallet and international payment gateways, PayPal and Stripe.

Whether you sell locally or internationally, you are pretty much covered whether you launch your store on Shopify or EasyStore.

However, if you want to be able to choose a wider variety of local payments in-store, EasyStore offers a much better selection. You can even integrate with emerging payment gateways and e-wallets like:

Drop shipping is an increasingly popular way to make money online in Malaysia and around the world.

In this regard, both Shopify and EasyStore offer their own ways to get started with a drop shipping business.

Shopify offers integration with Oberlo to help merchants ship from AliExpress to their customers, whereas a Kumoten Dropship integration is available for EasyStore merchants who want to take advantage of Kumoten's service to drop ship in Malaysia.

For beginners in e-commerce, having some guidance in their journey can be pretty useful. For this purpose, Shopify offers a massive library of articles, guides, forums, tools, podcasts and more to support e-commerce entrepreneurs of any size and in any industry.

EasyStore's e-commerce resources, on the other hand, are limited to its blog.

If you are someone who prefers having support available any time and day of the week, Shopify's is far superior. On the hand, if support by fellow Malaysians is what you're most keen about, EasyStore's is hard to beat.