15 Popular American Franchises in Malaysia and How Much They Cost 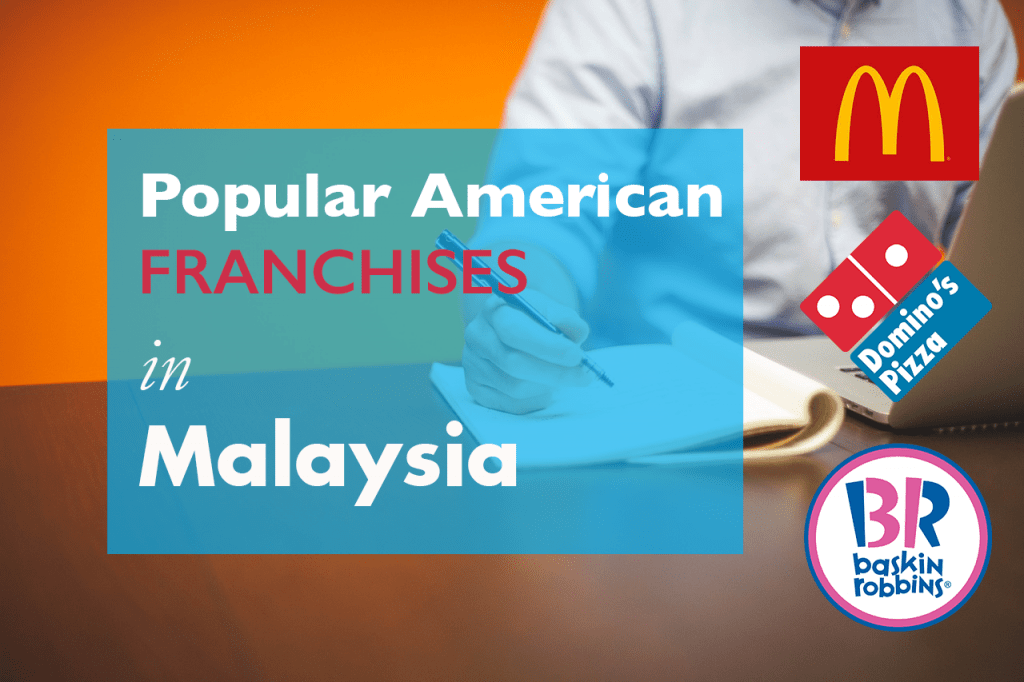 With franchising, you don’t have to build a brand or business from the ground up. When you buy a franchise, you are buying a part of an established brand already known to customers. The franchisor will also provide you the necessary training and systems to run the business on a day-to-day basis.

The only drawback with franchising is that they can often be costly and inflexible. You have to pay a large sum of money to get started and have very little say in the business’ grand plans.

Nonetheless, for people who have enough capital and an interest in getting started quickly, a franchise business will be a perfect fit.

I have already covered franchises from Malaysia, Singapore, and the Philippines. In this post, we will instead be looking outside of Southeast Asia to take a look at some of the most popular American franchises and how much they cost.

Compared to local Malaysian or Southeast Asian franchises, American franchises can be a lot costlier. However, the brand name of most popular American is enough to bring in the crowds and command a higher price tag for its products.

On the other hand, a large portion of the master franchises of popular American brands in Malaysia has already been bought over by large companies who are not interested in selling franchises to other people, preferring instead to grow the business themselves.

This means that even if you have enough money to invest in a single outlet, you may not even get the chance to do so.

Having said that, there are still enough opportunities for you to invest in a popular American franchise if you dig hard and look long enough.

For now, here are some popular American franchises in Malaysia and how much they cost:

Popular American Franchises and How Much They Cost

This brand with its iconic golden arches needs no introduction in Malaysia or around the world. McDonald’s, which had its humble beginnings as a small burger joint in 1955, has grown into an international fast-food giant with over 32,000 restaurants in 117 countries. It is also one of the first brands in the world to use the franchising model to grow its business. McDonald’s opened its first outlet in Malaysia in 1980 through Golden Arch Sdn. Bhd. There are over 300 McDonald’s outlets in Malaysia.

Subway is one of the best known submarine sandwich brands in the world. Launched in 1965, Subway has now expanded grown to over 45,000 stores in more than 100 countries. There are 51 Subway outlets in Malaysia.

The Colonel’s Kentucky Fried Chicken is one of the most recognizable fried chicken brands in the world. Since opening its first store in 1930, KFC has now expanded to almost 21,000 stores in 123 countries.

Burger King is the second largest burger fast food chains in the world. Launched in 1953, there are now over 15,000 Burger King in over 100 countries. In Malaysia, the Burger King franchise is currently owned by Newscape Capital Sdn Bhd, owner of 99 Speedmart. There are 32 Burger King outlets in Malaysia.

Texas Chicken is a franchise chain known for its Southern USA-style crispy fried chicken. Since its launch in 1952, Texas Chicken has opened over 2,500 in over 25 countries. In Malaysia, the Texas Chicken franchise is owned by Etika International Holdings and opened its first store in 2013.

At the moment, it appears like Etika International Holdings will be opening all the Texas Chicken outlets in Malaysia and is not actively looking for franchisees. I will update this page if that changes.

A&W was one of the first few franchise brands introduced in Malaysia. Once a popular spot to bring kids for good food like fried chicken and root beer, the A&W brand’s prominence in Malaysia has waned in recent years.

At the moment the current contract holder of the A&W franchise in Malaysia KUB is looking for a buyer. If you are keen, do try to reach out to them.

Dunkin Donuts is donut and coffee brand best known for its wide variety of donut toppings. Started in 1950, there are now over 11,000 Dunkin Donut stores worldwide and over 80 outlets in Malaysia.

Famous Amos started in 1975 when its founder Wally Amos set out to make the world’s best cookies with the best chocolates and the most flavorful nuts.

At the moment it doesn’t appear like Famous Amos is open for franchising. I will update this section if this changes.

Wendy’s is another popular American fast-food chain offering hamburgers, fries, sandwiches and beverages. Wendy’s started in 1969 and has grown to over 6,500 stores in 29 countries since. Wendy’s in Malaysia is operated by the Berjaya Group and opened its first store in 2008. There are now 14 Wendy’s outlets in Malaysia.

At the moment it does not appear like Wendy’s is actively looking for franchisees. I will update this if this changes.

Krispy Kreme is one of the most well-known doughnut brands in the world. Its original glazed doughnut is a favorite among millions. Since its opening in 1937, Krispy Kreme has grown to over 1,000 outlets worldwide. Of date, there are 9 Krispy Kreme outlets in Malaysia, all of which are in Selangor.

For more info about franchising KrispyKreme, click here.
Note: According to the Krispy Kreme Franchise website, Krispy Kreme franchise is not currently accepting franchises in the Malaysia market.

Tony Roma’s is an American franchise chain specialized in offering ribs, seafood, and steaks to its patrons. Since beginning in 1972, Tony Roma’s has grown to over 150 outlets in over 30 countries. Of date, there are 13 Tony Roma’s outlets in throughout Malaysia.

Net Worth Requirements: US$3 million (US$1 million liquid assets)

Johnny Rockets is an American franchise chain selling mainly burgers and fries. Beginning in 1986, there are now over 350 Johnny Rocket locations in 32 countries. The first Johnny Rockets restaurant in Malaysia opened in 2013. Since then, Johnny Rockets has continued expanding in the country, totalling 7 Johnny Rockets outlets altogether.

From what it appears, the Domino’s Pizza chain is not available for franchising in Malaysia. I will update this if anything changes.

Net Worth Requirement: US$3 million

American brands were the pioneers of franchising all over the world. If you have the capital to invest in a popular American franchise and manage the business well, you are likely to see positive returns on your investment for years to come.

The biggest drawback of American franchises when compared to local or regional ones is that they are often much costlier to set up. This means that for people or businesses with limited capital, investing in an American franchise may not be a good option.

For people or businesses with enough capital, however, investing in American franchises can be something well worth it because American brands are some of the most recognizable all over the world.

Interested in local or regional franchises? Don’t forget to check out these articles:

30 Popular Malaysian Franchises and How Much They Cost

30 Popular Philippines Franchises and How Much They Cost

25 Popular Singapore Franchises and How Much They Cost