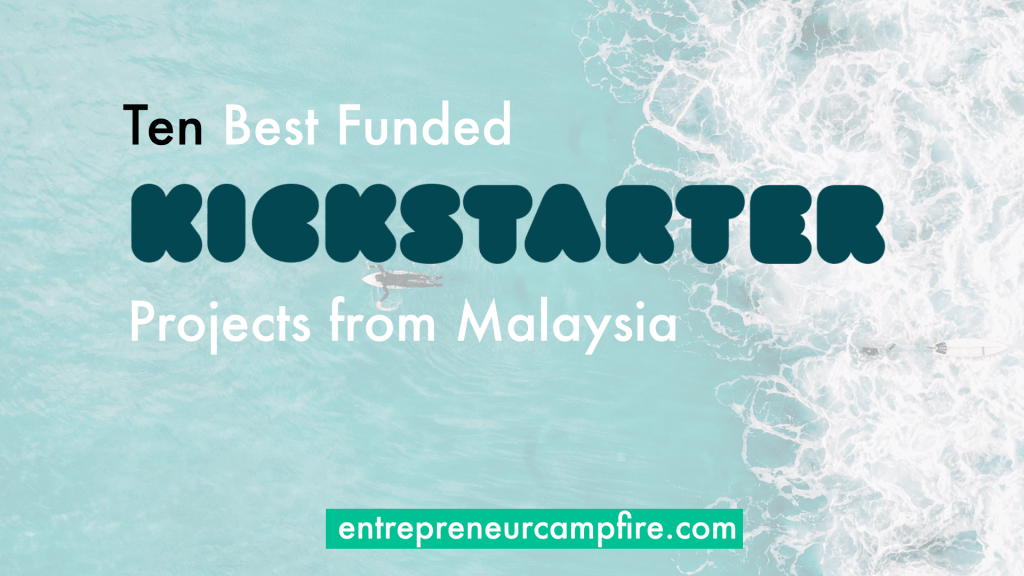 Kickstarter is one of the most popular crowdfunding websites in the world. Regardless of where you are from, you can list your idea on Kickstarter, and gain fans who might fund your project.

For creators short of funds, Kickstarter can be a great place to finally have enough money to bring an idea to life while giving your project a marketing push.

Listing your project on Kickstarter isn’t a guarantee for getting funded, however. Some projects fail to reach their funding goals despite the creator’s best intentions and efforts.

In fact, according to Kickstarter’s stats to date, only around 37% of all projects reach their funding goals.

What are my chances of raising funds on Kickstarter?

How many Malaysians have successfully gotten their projects funded on Kickstarter?

What kind of projects get funded?

Or, you might just love Kickstarter and are curious to see how your fellow Malaysians are doing on the popular platform.

Regardless if you’re interested to list on Kickstarter, or just curious, I’ve compiled 10 of the most funded Kickstarter projects in Malaysia so you can have an idea of the type of projects that get the best support on a platform like Kickstarter.

What was their idea? How much did they raise? – you’ll find out in this article.

Before we get into the projects though, let’s take a quick look at the stats so you can understand your success rates if you were to list your project on Kickstarter.

Based on my quick search of all Kickstarter projects based in Malaysia, I found that:

To give you a visualisation of this, that’s a success rate of 38.2%:

Disclaimer: The above is only an estimate. Actual figures may differ.

Alright, now that you have an idea of the success rates in Malaysia, let’s take a look at the most successful Malaysian projects. Starting with the most funded:

This $6 Maker Arduino was launched on Kickstarter in March 2018 by Penang’s Cytron Technologies.

While the funding goal was a modest US$3,500, there was so much fanfare around this project that it received a grand total of US$63,875 (RM263,995) by the end of the campaign, making it the #1 most-funded Malaysian project on Kickstarter.

Today, this $6 Maker Arduino lives on in makeruno.com.my:

The brainchild of designer Tan Yik Sean from Langkawi, this is Scuro’s second watch to launch on Kickstarter (we’ll take a look at the first one in a minute).

At a whopping AU$77,524 (~RM225,629) raised one month from launch, Scuro’s vintage-inspired pilot bronze watches is the second most funded Malaysian project on Kickstarter to date!

Based on their IG account with almost 2,000 followers, the brand is very much active in their interactions with fans:

The Automatic Titanium Dive Watches is Scuro’s first product to launch on Kickstarter.

Marketed as a collection of affordable and stylish automatic titanium watches for divers in June 2016 by creator Tan Yik Sean from Langkawi, the project was able to reach 18% of its AU$60,000 goal within the first day of launch and reached its funding goal within a month. At the end of the campaign, a total of AU$75,845 (RM220,743) was raised, placing it just behind Scuro’s latest Kickstarter project.

As we’ve seen above, the brand is still well and alive now in 2019.

Tiga was launched by three artists Vince Low, Kerby Rosanes and Peisy Ting as a high-quality and artistic sketchbook for artists in June 2015.

While one of the most funded Malaysian projects on Kickstarter, a quick check of Tiga’s website shows an inactive website:

At this point, I’m unsure if Tiga is still in production. If anybody knows, leave me a comment below 🙂

Sk!n is an artistic depiction of human trafficking by KL-based performance company Terry and the Cuz.

Sk!n only barely made its funding goals, having raised just a little over AU$30,000 (RM87,313) when the campaign concluded.

As Sk!n was a one-off project, I don’t expect it to continue living on past the performance periods it was set for. However, the makers of Sk!n continue their performances around the world through their Terry and the Cuz Act:

This titanium watch is yet another product launched by Scuro (seen at #2 and #3) and is its latest project launch on Kickstarter.

Palm Republik is a sustainable product launched by Pisey Lee. This is also Pisey Lee’s first successful kickstarter project before Tiga (#4 above).

Although Palm Republik successfully raised funds, according to the updates on the campaign page, Pisey encountered a lot of problems which caused the delivery to be delayed.

As of today, Palm Republik’s products are nowhere to be found.

ULTRA was a sustainable fashion brand launched in 2010 that went against fast fashion philosophies and created clothing meant to last you a long time.

It’s been almost ten years since ULTRA launched on Kickstarter. Today, ULTRA’s website (weareultra.com) as listed on the campaign is no longer active:

Where is ULTRA now? I’m not too sure.

Wallert was launched in January 2016 as a stylish and slim wallet by product designer Peter Gien from Petaling Jaya.

Today, however, Wallert seems to have gone dormant. Its official website wallert.co and IG page are inactive:

Volo launched on Kickstarter in November 2016 by Volo Goods, an Italian craftsman brand which took roots in Malaysia in 2015.

Since its Kickstarter campaign, Volo has gone on to launch numerous other products as can be seen on its official website volo.me:

Although Malaysians are not in the top of active fundraisers on Kickstarter, we were still able to have campaigns that raised a nice six figures on the platform. Some creators were even able to launch and successfully fund more than one campaign!

Despite having successful campaigns, however, a good portion of the products are no longer in production. The reason is unknown to me at this point.

Nonetheless, at a success rate of almost 40%, you probably stand a good chance of getting your project funded on Kickstarter.

Though, getting successfully funded doesn’t mean your journey is complete. Kickstarter is meant to be a launching pad for your business. To have continued success, you must have a long-term strategy in place.

Over to you: have you ever thought of launching a campaign on Kickstarter? Let me know!